When teacher and author Torrey Maldonado was in third grade, his mother brought home A Snowy Day by Ezra Jack Keats—the beloved book about a young Black boy exploring his city in fresh snow.

Until then, Maldonaldo—who is Black and Afro-Puerto Rican—had never seen a kid who looked like him in a book. “I thought that book was me! I thought the mother was my mom,” he says. “What made that book so precious to me is it took my neighborhood and made me see the magic in it.”

AN EVOLUTION IN CHILDREN’S BOOKS

In 1985, less than 1 percent of children’s books spotlighted Black characters. Twenty years later, not much had changed. In 2015, children were about five times more likely to encounter a talking truck or dinosaur on the page than a Hispanic character.

Today, Maldonado is a New York City teacher and author of What Lane?, a middle-grade book about a mixed-race student who faces racism and prejudices in his community.

Books with diverse characters, like Maldonado’s, serve multiple purposes in children’s hands. For Black, Hispanic, Asian, and Native students, who are often stereotyped or overlooked in popular culture, it’s personally validating and academically engaging to see themselves and their life experiences reflected on the pages. School librarians call these books “mirrors.” It’s equally important for white children that these books serve as “windows” into the experiences
of children of color.

Maldonado and bestselling authors such as Angie Thomas, Jason Reynolds, and Kwame Alexander are part of a vanguard of children’s authors who are affixing mirrors to their pages —and opening windows.

Not long ago, Maldonado heard from a school librarian whose students had read a passage of What Lane? in which Stephen, the main character, is accused of stealing a cookie. One of her students raised her hand and asked, “Is this a long-ago book or a right-now book?” Another answered: “It’s right now. My dad was harassed at the grocery store last week.”

When the only stories told in a school library are white people’s, then the message to Black, Hispanic, Asian or Native students is clear: Your experience doesn’t matter. Meanwhile, “If you’re a white kid who only sees and reads about white kids, you can get an inflated sense of how important whiteness is,” says Maryland school librarian Melissa McDonald.

Mirrors are important. So are windows. With so many schools still racially segregated—the Economic Policy Institute has found 70 percent of Black students are attending segregated schools— it’s hard for children of different races to connect and care about each other. Often white students don’t have windows into the racism that their peers face—and if they don’t see it, they can’t help stop it.

“I’ve had educators tell me that it’s a good book, but it’s not for their students, because their students are white,” says Maldonado. “When I hear that, I think, Wow! You only want to give white kids books about white kids and white experiences? … How are we ever going to build empathy?”

Creative approach to every project

Authors Thinking Outside the Book 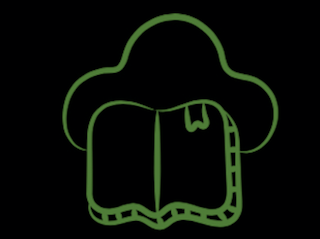